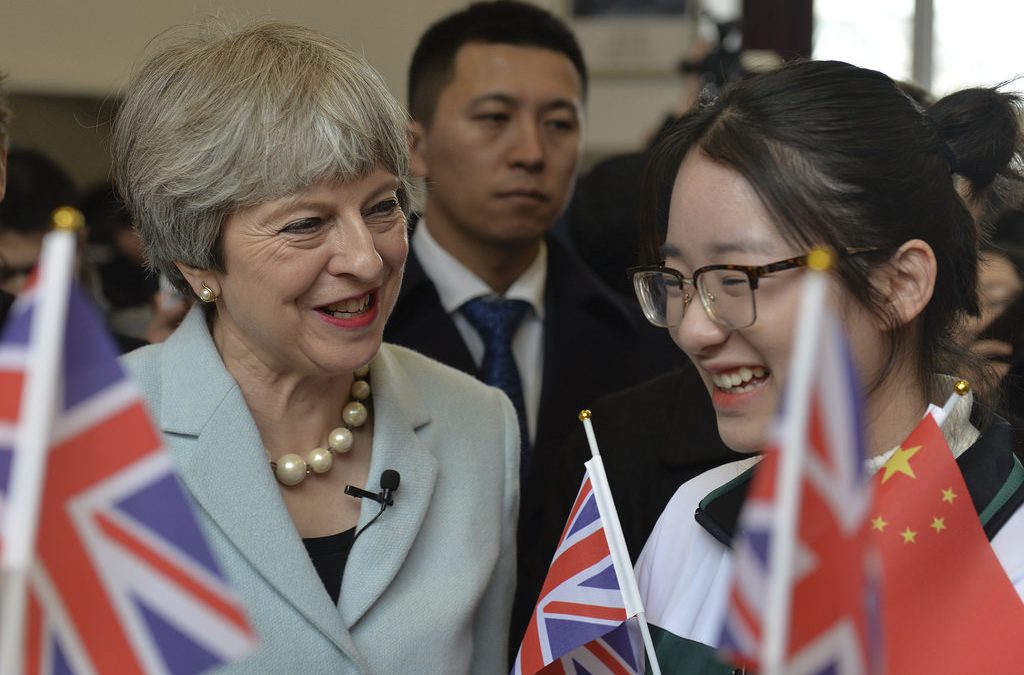 CRCC Asia’s CEO Daniel Nivern comments on the recent visit to China by the UK’s Prime Minster Theresa May and CRCC Asia’s contribution to UK-China relations via the provision of internship programs.

At CRCC Asia, we were pleased to see the cordial and collaborative spirit of UK Prime Minister Theresa May’s recent visit to China, and her meetings with Prime Minister Li Keqiang in Beijing.

Various topics were discussed including establishing regulations and criteria to encourage increased trade between both countries, to surpass the record £59 billion that was traded in 2017. This coincided with the inaugural meeting of the new UK China CEO Council, which brings together business leaders and ministers to promote trade and economic cooperation between the UK and China. Brexit was referred to on a number of occasions, with both leaders keen to emphasize the new opportunities this may present for developing bilateral trade agreements as part of the continued UK-China Golden Era.

Of particular note, we were excited to see an evident emphasis on cooperation in the education sector and the direct mention of the exchange of young people between the UK and China, and the positive impact that this has on inter-country relations, politically, economically and culturally. In her keynote speech, Prime Minister May specifically alluded to the Generation UK-China Program with her mention of British students in China:

There are also now some 9,000 young British people studying and interning in China with numbers up by 60% since 2013.

From a CRCC Asia perspective, it was excellent to see the concept of interns and internship programs being highlighted in the strategic summary of UK-China relations. We are confident that the British Council’s Generation UK-China Program will help to develop cohorts of British students, who will graduate from the program and become ambassadors of the UK-China relationship, growing into future business leaders, entrepreneurs, academics and China enthusiasts.

Now more than ever, we at CRCC Asia fully support this mission. As a company dedicated to fostering relations between China and the West, we believe that programs like Generation UK- China are a fundamental component of inter-country co-operation, helping next generations to engage in dialogue, mutual understanding and respectful collaboration.

CEO of CRCC Asia – the leading provider of internships in Asia, and an official partner of the British Council’s Generation UK Program.