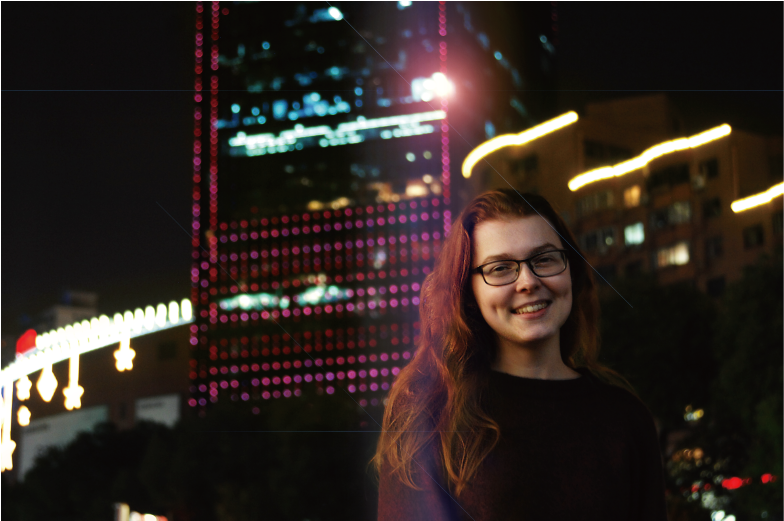 “My favorite experience was today, when my supervisor offered me a job!”

Hollie Doherty is a graduate from Queen Mary University of London. She joined us in Shanghai on the British Council Generation UK Internship Program with CRCC Asia. We caught up with Hollie in central Shanghai to find out more about her Health and Pharmaceuticals internship. Read Hollie’s interview below!

“At university I was studying biomedical science. In my final year, I decided that I didn’t want to do medicine, research, or a masters, so I started looking for alternatives. One of my modules in final year was Clinical Trials and Regulatory Affairs, so when I found the Facebook ad for the fully-funded British Council Generation UK Internship Program with CRCC Asia, I thought, why not?”

Hollie Doherty, a graduate from Queen Mary University of London and current British Council Generation UK intern on the CRCC Asia Internship Program, sat down with us for a coffee in Shanghai’s bustling Zhongshan Park. Having arrived straight from a day’s work at her Health and Pharmaceuticals placements, her daily routine feels a world away from her initial arrival. Having decided to arrive early for some solo travel in Beijing, she slightly regretted skipping CRCC Asia’s airport pickup service in Shanghai – something a lot of interns find to be a life-saver!

“When I arrived in Beijing to do some travelling, the taxi driver took me to the wrong hotel – it was a nightmare after a 10-hour flight! Having the company pick you up from the airport would have been so much easier and so much nicer.”

Nevertheless, Hollie traveled across China on her own to Shaanxi province before making her way to the east cost. After meeting up with CRCC Asia for her Internship Program in Shanghai, Hollie was surprised to find a huge difference between China’s financial capital and the cities that she’d visited on her solo travels:

“Beijing was as I expected – small streets, temples, the Forbidden City, the Great Wall, and so on. Next I traveled to Xi’an, which again was very traditional and historic…and then, I got to Shanghai! It’s like being in New York! There’s so many high-rises and apartments – it was not what I was expecting. I had seen pictures before, but when I saw the view from the Bund for the first time, it just blew me away. Coming back again at night time was amazing!”

After settling in, Hollie joined the rest of the British Council Generation UK group for CRCC Asia’s Induction Program, designed to help the interns get to know one another as they prepare to intern in Shanghai. Almost two months later in Zhongshan Park, Hollie picks out some of the events that she enjoyed most:

“The activities with CRCC Asia are really fun! I went to Zhujiajiao water town, and it was great to have someone showing you around. The water town is far from the city center, so having the Program Manager with us to give us recommendations and to help us to buy tickets was a big help. The Scavenger Hunt at the beginning was also a really good ice breaker!” 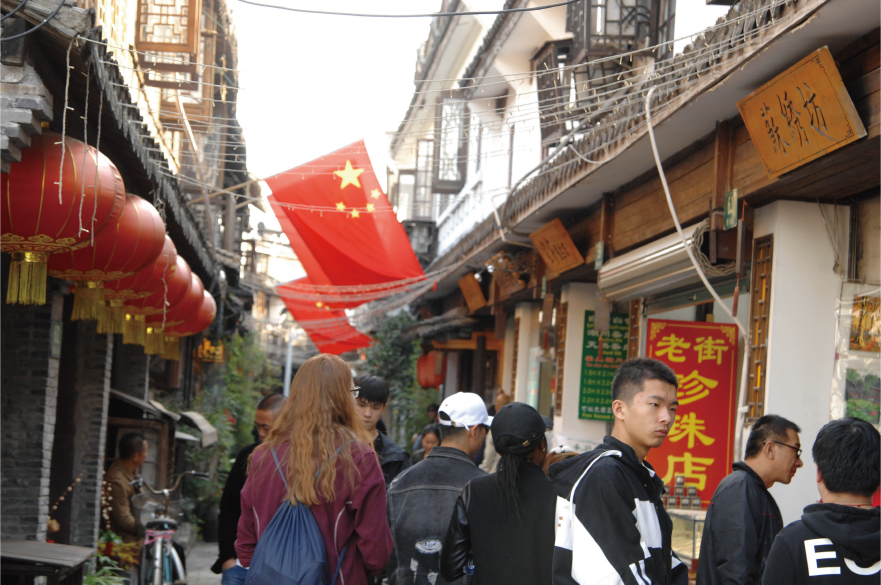 Armed with new knowledge and a better feel for the city after Induction Day, Hollie was ready to start at her Health and Pharmaceuticals placement the following Monday:

“I got really lucky with my host company because they work in regulatory affairs and compliance. I was looking at graduate schemes in this area, so to be placed at this company out here in China was perfect for me. This was a great test to see if I want to continue with regulatory affairs, and I am confident that this is what I want to do.”

Many of our interns are surprised by the cultural differences in Chinese offices. This can include a more hierarchical structure, whereby interns are given smaller tasks to prove themselves before being trusted with larger projects. Hollie could see how this also played out at her Health and Pharmaceuticals company  in Shanghai, which first asked her to familiarize herself with the industry and the company’s work:

“On the first day I was reading through pamphlets, but by Friday I was already working on a project to re-do the company’s entire collection of product booklets. We had to do all of them as the industry regulations change constantly.”

Interning in Shanghai at a Chinese company gave Hollie a great global insight into the industry, and a wide range of tasks no doubt boosted her transferable skills:

“China is currently undergoing a healthcare reform, and it means that the whole system is completely changing. We worked on the booklets for around three weeks, as well as formulations, checking ingredients for different products, checking that they were compliant and allowed in China. We used a database to do this. Most of the product names are translated into English, and the ingredient limits were on our spreadsheets.”

Hollie’s internship placement wasn’t just based in the office, however. Her supervisor was also keen for Hollie to understand more about the wider Health and Pharmaceuticals industry, which meant Hollie was entrusted to play a role in some key projects:

“My supervisor went on a business trip to Finland and London, and myself and another intern made the presentations for the trip. We were researching e-commerce, advertising law, cyber security, and we also went to a cyber-security seminar hosted by the Australian Chamber of Commerce – I’d never done anything like that before! I’ve also completed proposals, and we’re currently working on a new and exciting project that I can’t disclose yet…”

Hollie was surprised by some cultural differences in the Chinese workplace – most noticeably a more relaxed dress code. However, this was a great experience to boost her Cultural Agility and Global Employability. Reflecting on her experience, Hollie feels that interning in China is a great insight into how other companies operate:

“The office environment was really friendly from Day One. There’s only four staff plus two interns, so we’re super close. We all sit around one table and it’s a really relaxed environment. My colleagues speak English so we’re always joking around with each other. I can also wear whatever I want. I packed and prepared business clothes, but the dress code is not what I expected at all.”

While her colleagues have been helpful and friendly, Hollie is also glad to have the support of the CRCC Asia Internship Program and staff while she interns in Shanghai:

“Having that support to fall back on, being able to contact the staff, having the Program Manager’s 24/7 Emergency Number – it’s really nice to have. The Mandarin classes were so good as well. Some of the things that we learnt in class were really helpful, such as directions, learning about the history of China, and the geography. It’s fun to sit on the metro and understand the announcements before they are said in English!”

Just as we pack up to head home on the Shanghai subway, we ask Hollie one final question: What has been your favorite experience? Hollie knows her answer straight away:

“My favorite experience was just today, when my supervisor offered me a job! That was my goal, and I achieved it!”

If you are inspired by Hollie’s success interning abroad and want to learn more about the British Council’s Generation UK Program with CRCC Asia, you can find our quick and easy Application Form here.