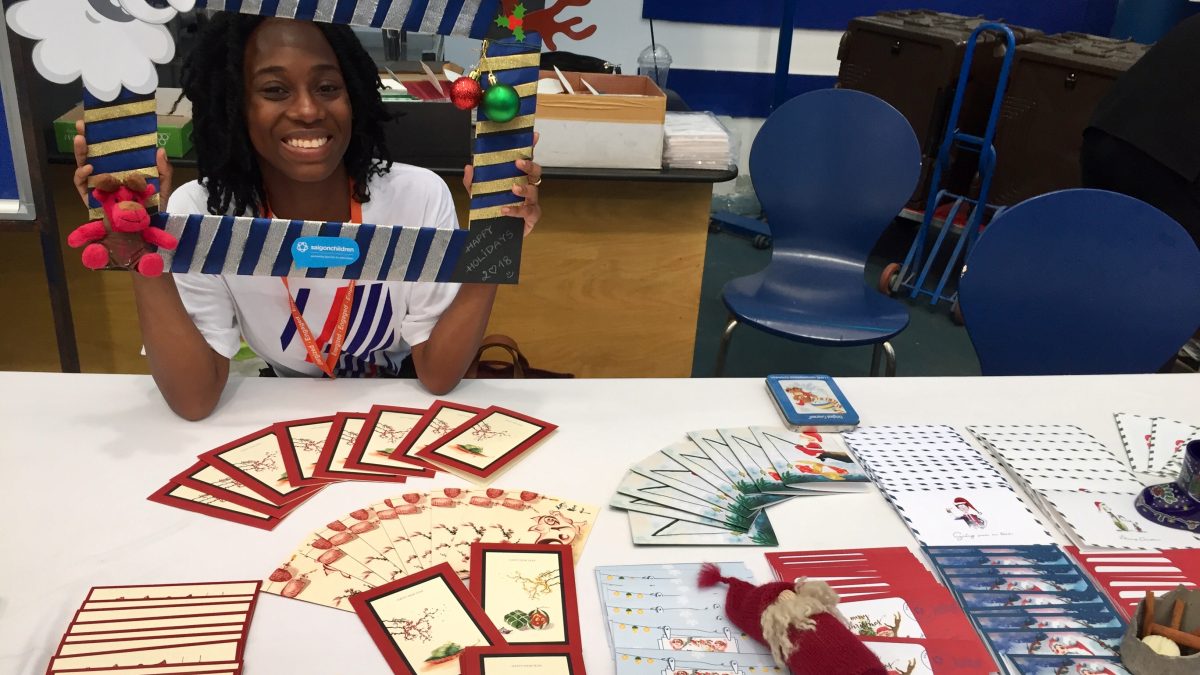 For our latest community outreach in Vietnam, we joined saigonchildren’s team to gather funds for the association by selling Christmas cards.

The International School of Ho Chi Minh City (ISHCMC) organized their annual “Christmas Festive Bazaar” in which we took part among the saigonchildren team to sell Christmas cards to collect funds for the association. All the postcards are original designs from the children. 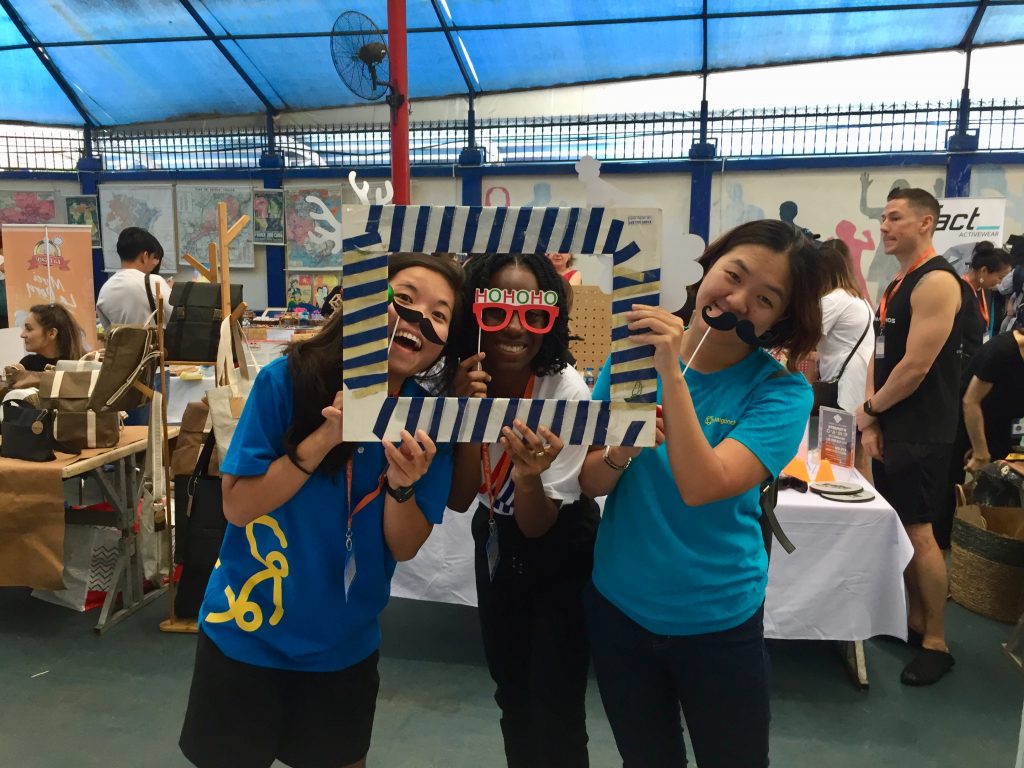 We decorated the stand nicely in order to attract clients and used other accessories to promote our stand for the fundraising event.

“Saigonchildren’s Charity CIO (saigonchildren) was founded in 1992 for a specific purpose:  to help disadvantaged Vietnamese children to get an education and a fairer start in life. saigonchildren works exclusively in Vietnam and is committed to overcoming barriers to education for children, including poverty, geography, knowledge and disability.” – saigonchildren website

The CRCC Asia Ho Chi Minh City team helped to display the cards on the stand and also prepared the packages for sale. Each card was sold for 25.000 VND and bulks of 5 were also available for 100.000 VND. Each card came complete with its own envelope which we also helped to prepare. 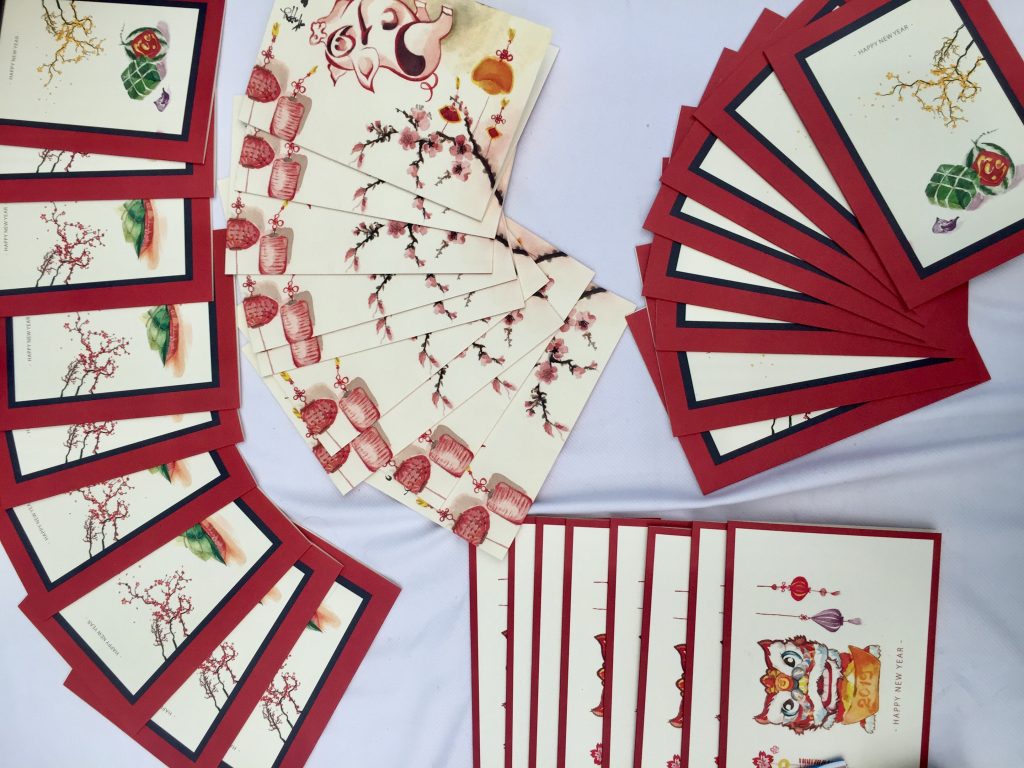 We also had a great time connecting with the local public at the fair by talking to potential clients, playing, and taking photos with a cardboard Christmas frame. 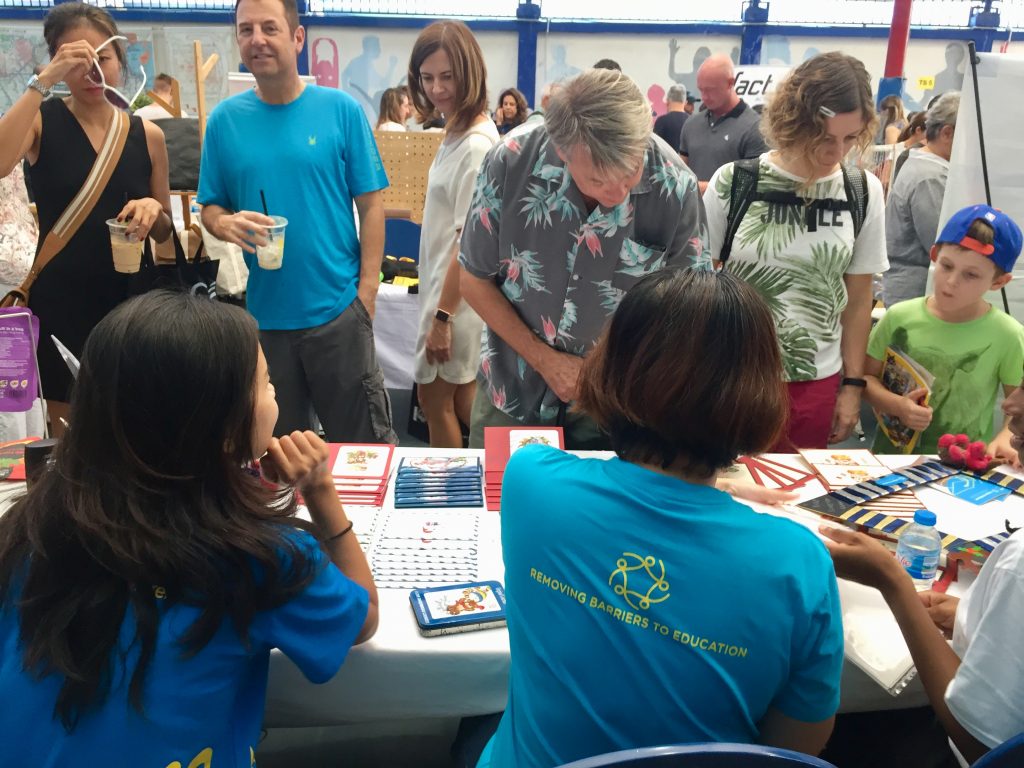 Guests at the Christmas Bazaar browse the fundraising stalls

We managed to collect 2,500,000 VND (around $120) in one morning amounting to roughly 100 cards sold. As the target was fixed at 2 million, we were absolutely thrilled to have achieved this and to have participated in the festive atmosphere.