The benefits of interning abroad for STEM students 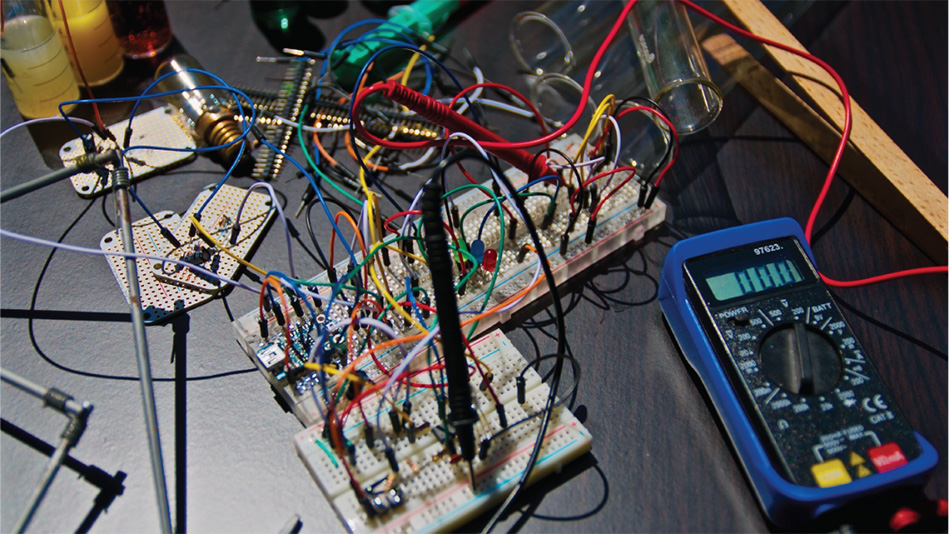 Thinking about an engineering internship? Want to gain experience in tech? We look at the benefits of interning abroad for STEM students.

What we often call “STEM” is a very broad category of disciplines as it includes Science, Technology, Engineering, and Mathematics. If there is one thing that ties all STEM fields together, I would say it’s problem solving.  As a scientist, engineer, or innovator, choosing the problem to apply your effort, time, and passion to can be a big decision. There may be problems around you that you are motivated to solve, or maybe you’re curious what other problems are out there in the world. Here’s where you might consider an engineering internship, tech internship, or another industry.

The problem you choose to tackle likely affects not just yourself, but hundreds, thousands, or millions of other people. While solving a problem, we need to be cognizant that the way we perceive the world is based on our experiences and backgrounds that are shaped by our culture, so inevitably, we are all biased in our own ways. This can be problematic because a solution to a problem might not be so useful if an important factor was overlooked, or the solution didn’t take into consideration the people who would be implementing it. Gaining experience abroad can help us understand our own biases and learn to think outside them.

Creative thinking, curiosity, and empathy aren’t innate abilities; these stem from the ability to see and question things from different perspectives, which can be practiced by living through diverse experiences with an open mind. Problem solvers and innovators are often told to think outside the box. Well, thinking outside the box comes a whole lot easier when you’ve actually stepped outside the box.

Cities like Shenzhen in China are hubs for new technology

In addition to broadening your perspective, interning abroad can help you to make a more informed decision when a career opportunity opens up in another country. How likely is it that STEM graduates will find engineering internships or tech internships abroad? According to experts interviewed for this Washington Post article, “[s]cience is one of the most international human endeavors” and “it has become increasingly global and cooperative.” Also, “[e]very large-scale scientific accomplishment in modern times — whether sequencing a new genome or identifying a subatomic particle — has involved collaborators from multiple countries”. So with this trend, there are and will be many opportunities available for scientists and engineers to work abroad. And when that engineering internship or pharmaceuticals internship opportunity comes, having had real experience to base your decision upon will be valuable.

Why intern abroad in Asia?

According to the NSF data on Research and Development (R&D) spending on Engineering and Technology worldwide (Figure O-7), South Korea and Israel top the chart for annual R&D spending per gross domestic product on science and engineering between 2009 and 2015, followed by Japan (followed by Germany and then the U.S.). This means that South Korea and Japan spend higher portion of their GDP on engineering and technology R&D than any European country and the U.S. NSF uses this measure as an indicator of innovative capacity of a country. A look at the regional share of worldwide R&D spending on science and engineering (NSF, Figure O-5) reveals that North America and East, Southeast, South Asia swapped their shares from 2000 to 2015; over these 15 years, the share of East, Southeast, South Asia increased from 25% to 40% while the share of North America dropped from 40% to 27%. During this period, the share of the EU countries collectively decreased from 25% to 20%. This means that Asia has risen to become a major participant and influencer in the world’s science and engineering endeavors.

CRCC Asia interns learn about a local tech company during a Business Seminar.

Even though the United States as a single country still remains at the top of the list when it comes to R&D performance, when we examine the NSF data on country and region growth patterns in science and engineering R&D spending (Figure 4-6), its pace of growth has been lagging far behind China and behind South Korea (2010-2015: US 4%, China 13.9%, Korea 7.3%). With the “world’s most dramatic R&D growth” in science and engineering, China has quickly caught up to be second in the amount of R&D spending after the United States as of 2015 (NSF). Given this remarkable growth, it is not surprising that “American authors of scientific papers are more likely to collaborate with Chinese scientists than with colleagues from any other nation, according to National Science Foundation data” (Washington Post). This Scientific American article also supports China’s growing dominance in science and engineering with evidence that “increasingly, the notable achievements in these fields are coming not from the great centers of science in the West, but Beijing, Shanghai, Hefei, Shenzhen and a number of other Chinese cities that make up China’s extensive research system.”

Given the astonishing growth of science and technology in Asia in recent decades supported by high levels of investment at the national level, now is a really exciting time to experience an engineering internship, science internship, or tech internship in Asia.

What do I do next?

Are you looking into an internship abroad in Asia? Here’s How it Works: Talk to your academic adviser about your interest, and identify possible time windows for you to intern abroad. Next, reach out to your international office and study abroad office to discuss different program options. Ask them about funding opportunities such as scholarships and financial aid. Then, ask them to connect you to alumni at your school who went to the country of your interest. By talking to them about their experiences, you can get interesting insights into how their experience personally and professionally impacted them. All that’s left is to apply for an Internship Program!