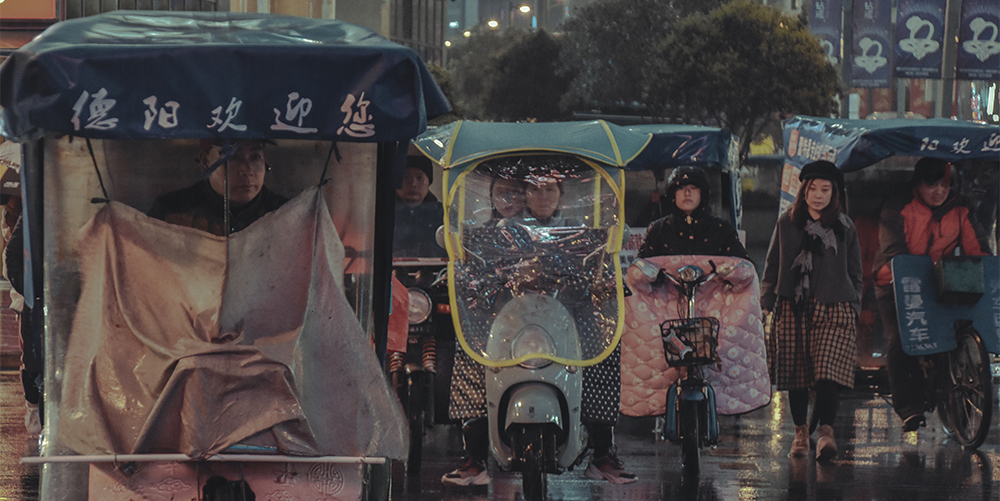 You could secure a work placement in China during summer 2020 thanks to the GenUK Internship Programme – a British Council flagship scheme that is supported by all four regional governments in the UK. CRCC Asia is proud to be the provider of these programmes in Beijing, Shanghai and Shenzhen.

Moving to China is full of all sorts of surprises. Whether it’s differences in working culture, technology or constantly being asked for photos, there are all sorts of different barriers you may face. After hearing feedback from our Generation UK 2019 interns, we’ve compiled this list to give you an introduction to the top 10 biggest culture shocks you’re likely to experience in whilst in China.

The most common element of culture shock that interns moving to China face is the language barrier. As part of the Generation UK scheme, all participants will get Mandarin classes as part of the programme to help get to grips with the basics. Apps that you can download to help with this include Pleco, a very useful Chinese dictionary that allows you to store vocabulary and revise it with flashcards. There is also Google Translate and several apps that allow you to scan text and receive instant translations. These have proven to be very useful for the interns in China.

You’ll have an English-speaking supervisor at the host company where you’ll be interning. However, working with people whose first language isn’t English can sometimes lead to miscommunications. If you ever feel unclear about what your co-workers have said, make sure you clarify that with them. A good tip to avoid this is to repeat back what you understood from the discussion and they can clarify any misunderstandings.

The Great Firewall of China, as it is sometimes known, prevents access to many sites that you may be accustomed to using. Popular social media sites such as Facebook, Twitter and Instagram are all banned in China. This causes problems for those who have become very reliant on these sites for communication.

However, it’s not just social media that is blocked in China. Streaming sites like Netflix, YouTube and Soundcloud, the entire Google suite including Gmail, and news websites such as the BBC, the Guardian and the Daily Mail are all banned. Wikipedia maintains a reasonably up-to-date record of blocked sites here.

VPNs can be used to circumvent the firewall allowing you to use these sites. We would recommend purchasing or downloading your VPN before your arrival in China as it may become more difficult whilst there. Check online forums and do some research before buying. Speed and reliability of VPNs can change quickly in China so check the dates of posts to make sure you have up-to-date information.

We would recommend having means of communicating with family outside of blocked apps like Messenger to prevent being unable to get in touch. Sometimes VPNs go down and don’t work so having a line of communication that is always available is important.

“One of the main challenges I found with working in China was due to the censorship of the Internet. This censorship makes many common western websites inaccessible without a working VPN.” Ruby Pickering – Shanghai – Marketing

One unexpected way that our interns may be impacted by censorship is when doing online research in their companies. A good way around this is to use Chinese search engines such as Baidu as the sites they turn up will be more likely to be accessible.

You will quickly realise that everything in China is increasingly centred around WeChat. WeChat is Twitter, Instagram, Facebook and WhatsApp all rolled into one. You will quickly realise that even in work settings, people will often use WeChat over more traditional means of communication like email. Your WeChat account needs to be verified by a current user, so make sure you ask a Chinese friend or a member of CRCC Asia staff for help with this if you are having issues. Almost every Chinese friend and colleague you meet will ask to connect on WeChat so, if possible, get your account verified before you leave for China.

“My network grew exponentially through the social media app WeChat. The business spirit of young professionals in Shanghai is infectious and everybody is seeking to expand their network via WeChat; at work, in bars, during the interval at a film festival and even in the supermarket!” Jordan Keene – Shanghai – International Development, NGO & Charity

However, WeChat is not just a social networking tool. Its in-app service WeChat Pay and other similar apps are quickly turning China into a cashless society. The speed with which this is happening comes as a shock to some interns still used to cash and card transactions.

“What I found most remarkable about China was the amount of money and research has gone into creating an almost cashless society. Conglomerates, such as Alibaba, have spent an enormous amount of resources on developing applications such as AliPay and Wechat Pay to increase the speed of transactions. Even when I was in Hainan and buying pineapple off a street vendor, they had a laminated sheet of paper with a QR code on it.” Victoria Segovia – Shanghai – Legal

If you wish to make use of apps such as WeChat Pay and AliPay you will need to link them up to your bank account, which may not always be possible with a UK account. Before you leave, check your bank’s charges for card payments and cash withdrawals in China so you can decide the best way to pay for things.

It won’t take long after you arrive in China for people to start coming up and asking for photos with you. A lot of Chinese will have had very little exposure to foreigners and will therefore find you very intriguing. While the requests for photos and endless staring can undeniably become irritating, please bear in mind that this is done out of mere curiosity. If you don’t wish to have photos taken with people just politely decline their offer.

“The constant piercing eyes, smiles, gasps and camera lenses are just a few of the multitude of unusual encounters on my first day.” Donald Harmitt – Shenzhen – Healthcare and Pharmaceuticals

Given the vast size of Chinese cities, commutes can be long. The subway will probably be your main mode of transport to and from work while you’re out there. For Brits used to orderly queues, the rush hour in China can be quite a big shock. Prepare for plenty of pushes and shoves as everyone fights to get on the train. This is difficult to acclimatise to but gets easier over time.

“People get from A to B as efficiently as possible, unapologetically just going about their business without a care in the world. I realised that it isn’t weird, it’s just different.” Thomas Wilde – Shanghai – Business

The sight and sound of people spitting is one that you will slowly become accustomed to. Whether in toilets, in the streets or in restaurants, Chinese people often think it’s better out than in. While it may be socially unacceptable in the UK, it is seen in a much less negative manner in China. This takes some getting used to, but it is just a difference in culture.

“You should be expecting loads of people spitting, burping and pushing you in the tube. BUT… I guarantee you that by the end of the 2 months all of these will become background noise to you.” Justine Tizzard – Shanghai – Healthcare & Pharmaceuticals

If you are working in an office, you will soon realise that Chinese people love a lunchtime snooze at their desks. Chinese people will often take any chance to get a little shut-eye – even in IKEA!

“The main challenges I faced was getting over the Chinese norms in an office. For example, it is perfectly acceptable for people to just have a nap at their desk; a trait I could definitely get behind if it was introduced to the UK.” Charlie De Grey Homer – Shanghai – Finance

Dependent on the time of year, China is either seven or eight hours ahead of the UK. This obviously leads to jetlag for our interns when they arrive in China. This means that, for a while, you may get tired during the day and struggle to sleep at night. The best way to get over jetlag is to try and get into as normal a sleeping pattern as possible once you arrive. You will have four days before your first day at work to get acclimatised so make sure you get your bodyclock back in check.

The hectic pace of city life in China can often be overwhelming. High rise buildings shoot up in record time and everybody is in a hurry. This relentless pace of progress shows no sign of decelerating soon and is a key part of why an internship in China allows you to really see the rapidity of change occurring in China.

“As a Londoner, I am used to the “big city life” but even so, when I arrived in Shanghai, I was greatly impressed and somewhat overwhelmed by how dynamic the city was.” Nichol Yesuthasan – Shanghai – Legal

“When I arrived in China it was like nothing I’d ever experienced before! Everything seemed so fast-paced and it was crazy to not be able to speak the language or even read the signs! However, I soon settled in and it quickly began to feel like home.” Charis McKeown – Beijing – Green Technology, Sustainability, & Environmental

“In Shanghai, everything moves that little bit quicker. Traffic, the underground, restaurant service, conversations, work, construction. There was a tower block outside my apartment window when I returned from China that was not there when I arrived.” Tom Wilde – Shanghai – Business

We hope this blog has helped you mentally prepare for some of the biggest culture shocks you may face while out in China. Always remember that support is available with our wonderful programme teams there to guide you through the whole process!

Overcoming the biggest culture shocks in China is part of the adventure during the Generation UK programme with CRCC Asia. The deadline for applications is the 13th of January 2020; make sure you apply now so you don’t miss out!