From In-Person to Remote Working – My Internship with CRCC Asia 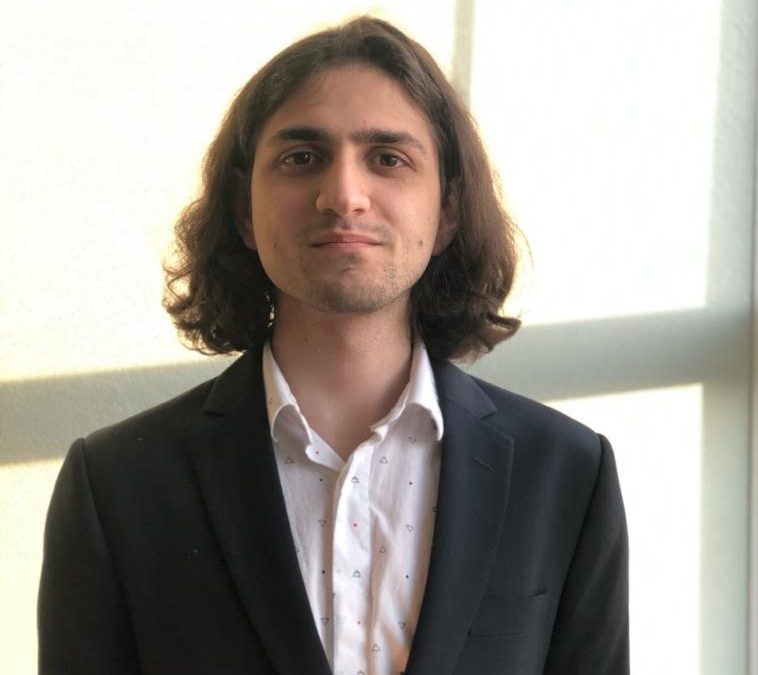 Upon the outbreak of COVID-19, worldwide employees and interns alike found themselves at a crossroad. Many companies have been forced to close down for good, while others furloughed their employees for an uncertain amount of time. In addition, numerous companies began the immediate switch from in-person to entirely remote working – whether they were prepared to do so, or not.

CRCC Asia as a company has offices in numerous countries, and after the massive COVID-19 outbreak began to affect our China offices in January, we quickly switched entirely to remote work. The following blog is written from the perspective of Kevin Dadrevala, our former Marketing & Communications Intern. Kevin began his internship with CRCC Asia in early 2020, working out of our Philadelphia office. Once our company became fully-remote, so did Kevin’s position, which he details in this blog and discusses the key differences and challenges between in-person and remote working.

Working as a Marketing & Communications intern at CRCC Asia was a very rewarding experience for a multitude of reasons. On an almost weekly basis, I had the chance to work on exciting new projects. My first major project involved creating email marketing campaigns to promote our international internship programs; this was followed by writing an informative blog about CRCC Asia’s School of Record. I was also tasked with assisting the marketing team in creating marketing materials for the upcoming academic year. Each project required me to utilize different skills and computer programs – as some were design-centric, while in others, I used my research and writing skills.

Additionally, my supervisor, Jessica Rutkowski (University Partnerships Manager), allowed me to work on projects independently. The trust she placed in my skills gave me the confidence to take on new and challenging projects and end up doing well in them. One of my initial projects involved creating an informational webinar for CRCC Asia’s internship in Mumbai, India which is where I am from! No one else in our office had even been to Mumbai, so I was very excited and honored to be given the responsibility to create the seminar. In full disclosure, I did feel nervous as this was a major project, and my work would be directly uploaded to YouTube. But, throughout the project, Jessica advised me to simply bank on my experience and knowledge of the city and do my best. In the end, the seminar turned out better than I expected, and I would credit that to the autonomy and trust that was placed in me.

The work environment at CRCC Asia’s Philadelphia office was positive and rewarding. As an intern, I was expected to come into the office twice a week, but given a choice, I would work there every day. CRCC Asia’ Philadelphia office is located in Old City, and my commute to the office was a brief 15-minute walk, which I enjoyed. On certain days a mild cool breeze would blow as I made my way to the office. But, the weather in Philadelphia this time of year is erratic with thunderstorms. As much as I loved the ambiance around our office, I have never been fond of walking in the rain.

After the second month of my internship, our office was instructed to close and continue working from home due to COVID-19. To my surprise, the experience was just as rewarding as it was working at the office. Even though I did miss going to the office each week and meeting my co-workers, I appreciate that even as an intern, CRCC Asia provided me with the flexibility of working from home, instead of just telling me that my internship would end. Given the current state of emergency, working from home gave me peace of mind to concentrate on my work completely.

Working from home also made me more accountable regarding my projects, as I appreciated the independence given to me. Building on the trust that my supervisor placed in me, I made it a point to be diligent about adhering to the timeline for projects. Just like in the office, I created a time table of the daily tasks that needed to be completed. Maintaining self-discipline while working at home was a challenge, but it became easier with time.

One of the reasons I was able to maintain my discipline was because my supervisor and I were in constant contact. Before starting any project, we would have a video call where we discuss the guidelines and deadline for the project. Additionally, I had the opportunity to clear any doubts and gain clarity about the work I was expected to do. I feel that it is important to have clarity about the work you are going to do before you begin, especially while working from home.

The one challenge that working from home has tasked us all with is the speed of communication. When working on a project such as designing an email campaign or a brochure, I did my best to adhere to CRCC Asia’s style standards and use my imagination to produce the best output that I could. While in the office, all I had to do was turn to my left as ask Jessica for feedback. Now, the process would be slowed down a bit, as even though both of us are diligent in responding to messages, something that would take just a few seconds in person now takes much longer. This does affect my flow sometimes, as it is faster to work when you are in the thick of things and completely focused on the project. Sending images and messages back and forth each time for feedback does make the process longer and sometimes tedious.

On the flip side, the possibility of having such a delay has made me more detail-oriented than before. Before asking for feedback, I reviewed the guidelines and examples we had for the projects and compared how my work met the requirements. Usually, with my first drafts, I found multiple changes that I could make by simply reviewing the documents. This not only made my initial designs better, but it also reduced the overall time taken to finish the project.

Overall, working at CRCC Asia has been the best internship experience that I have had, owing to their flexibility in allowing their employees to work from home and their supportive work environment. Through my marketing & communications internship, I have developed and refined my skills of content creation, design, and accountability, which not only helped me be a productive asset to CRCC Asia, but will no doubt benefit me in my future endeavors.